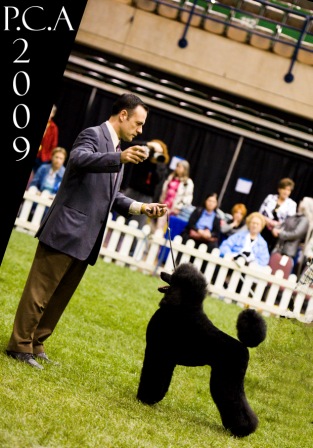 In Tabu’s first weekend out as a six month old, she went Reserve Winners Bitch. It was a bench show that gets a gate of 15,000 people which meant being hugged and petted by many, many people. Tabu really seemed to like all the attention.

A month later, when she and her littermate Che were shown for their second time, Tabu went Winner’s Bitch. Another month later, at the Poodle Club of America Nationals, Tabu was awarded fourth place in the highly competitive 9-12 month Puppy Bitch class. In one of her first shows after PCA, Tabu went BOV for a three point major! Tabu loved the show ring which gave her the extra attitude that made a judge notice her. She completed her championship as a puppy on July 4, 2009.

Tabu now lives happily with her “people,” Diane and Mark, and also with her half-brother Kai and her Wire Fox Terrier playmate, Flirt. It’s a good life for a retired champion! 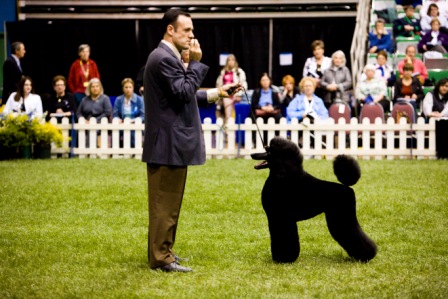 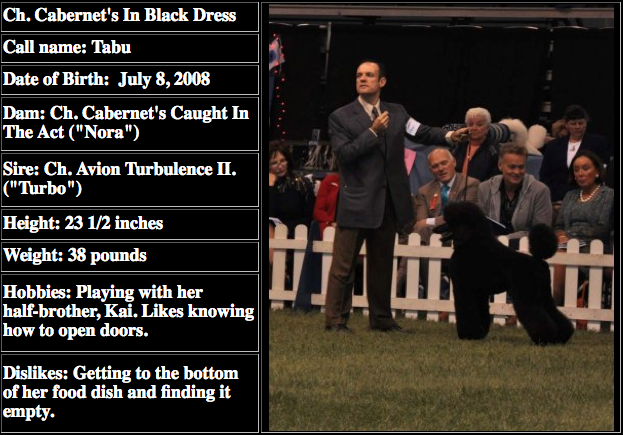