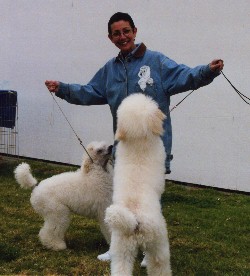 Our Commitment To the Breed

Poodles make wonderful companions and we feel that they are the most versatile of all the breeds.

We subscribe, as members of Poodle Club of America, to the club’s Code of Ethics which includes important goals such as producing Poodles that are within the official standard for the breed, good health, socialization, longevity, and giving our puppy buyers assistance and advice as needed.

We acquired our first poodle in 1982 because Scott is a second generation Poodle owner and I was ready to switch from Great Danes to another breed.

We went to an AKC show to watch standard poodles and to hopefully meet breeders. We found that only one breeder had a litter of puppies and not wanting to wait, we visited her home many times. When the puppies were ready to go to their new homes we left with Calvin, our first show dog.

Although Calvin didn’t turn out to be a show dog, we were blessed by his faithfulness and his wonderful temperament until the day he said good-bye to us at 13 years of age. Subsequently we returned to Calvin’s breeder when he was two years old to hopefully select a second show prospect which turned out to be Brie. When we bred Brie, that is when Cabernet Standard Poodles began.

We both feel that it is important to “give back.” Our way of giving back in the dog world has been to donate funding for poodle rescue, disease research in poodles, participating in dog clubs at both a local and national level, and helping with breeder referral.

I had served as Secretary for the Redwood Empire Kennel Club for many years.

I also serve on the Poodle Club of America’s Rescue Board and I’m one of two PCA members who are responsible for breeder referral at the national level. I can also add that I’m the secretary for the Redwood Empire Kennel Club.

We both feel very committed to the breed in doing everything possible to produce standard poodles that are ambassadors of the breed. 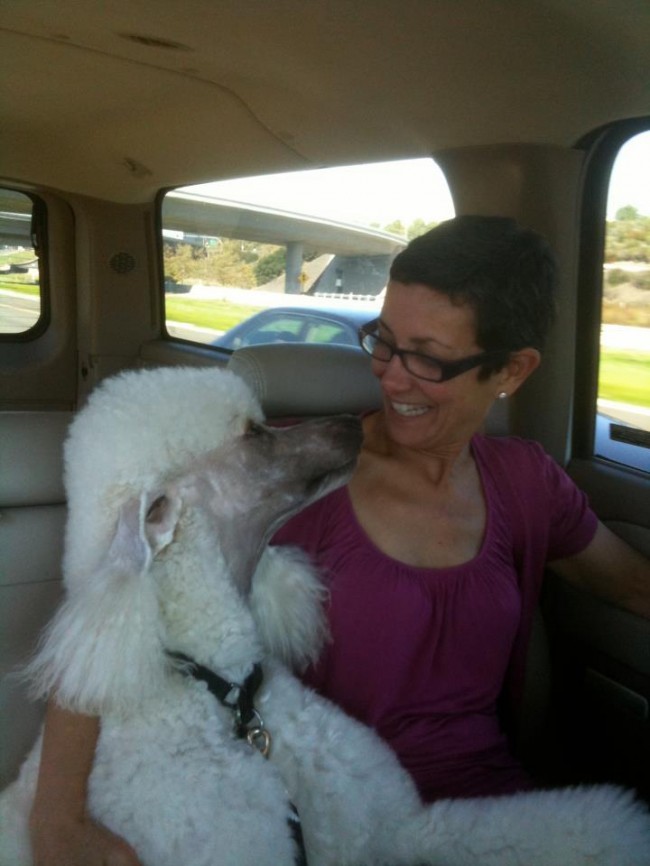