Ch. Cabernet’s In The Black 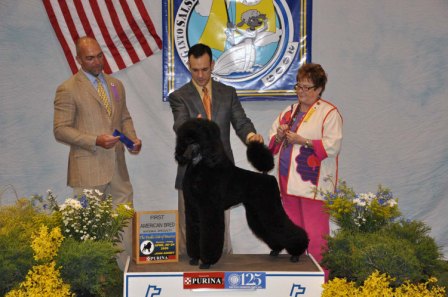 Che was in a litter of eleven that Scott whelped all by himself while I was on my way home from attending the World Show in Sweden. As a baby, Che would sit in the puppy pen waiting to make eye contact with any person who would notice him. Deciding which male pup would continue on with was a challenge because they were all nice boys.

He matured into a wonderful puppy with a sweet temperament who loved being in the show ring. He was shown for the first time at six months and was awarded Reserve Winners Dog. Three shows shows later Che walked into the ring at the Nationals and went first in the American Bred class competing against older dogs.

Che finished his show career at 11 months old with two four point majors under breeder judges, Helen Lee James and Randy Garren. He topped if off with a Best of Variety over three specials and onto a Group 4 placement. 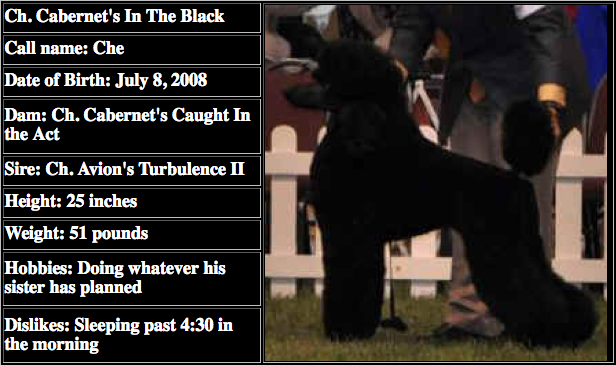