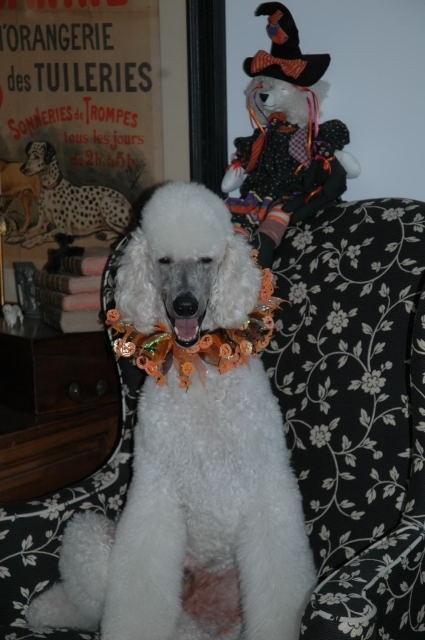 We imported Tango from Sweden July 4, 2003, as a four year old, retired Scandinavian champion as we wanted to diversify our pedigrees. Six months later, he walked into the ring with Chris for his first American shows and by the end of the weekend, he had been awarded three 4 point majors. Two weeks later he added to his European titles an American championship. Tango loved to be given jobs to do and his next title was his Canine Good Citizenship certificate in just one try! We recognized what we thought were strong retrieving instincts so Scott had Tango evaluated for field training and sure enough, the trainer said he was a natural and his training began.

Tango’s many virtues have been appreciated by us as well as by those breeders that have bred to him. One of his strongest virtues having been bred to a select number of bitches has been allowing his strengths come through while complementing those he was bred to. He was dominate in producing stable, sound, intelligent and friendly puppies. These qualities are important to those wanting a family companion as well as to those who show their dogs. 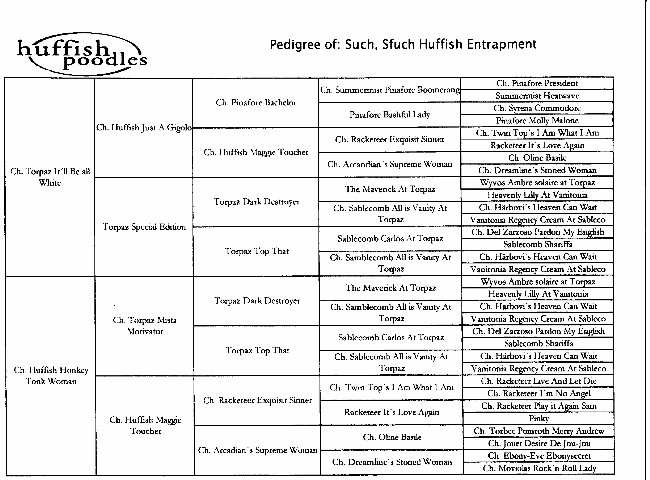 Tango has in common the same sire as two worldwide known standard males. The first, Ch. Topscore Contradiction, (call name,”King”) was born in Norway where he now enjoys living out his retirement years. He was the Best In Show winner at two of the biggest shows in the world, Crufts and The World Show. He was also Winners Dog and Best of Winners at our Poodle Club of America Nationals.

The second is Ch. Afterglow The Big Tease, (call name “Donny”). Bred by Michael Gadsby of the UK, Donny came to America going Best of Variety from the Open Dog class at our Poodle Club of America National. He continued to be shown in America for one year, subsequently being awarded multiple Best In Show titles. Like King, he too has returned to his home country to enjoy life after being campaigned as a Special in the show ring. 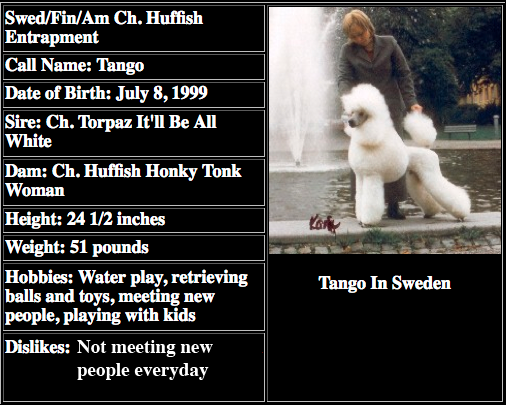