Yea! Our baby Seela did it. She now wants to be referred to as PUPPY CHAMPION Seela. She finished on January 20, 2010 after being awarded her third major and going Best of Winners, all before her one year old birthday.

We were very pleased to hear about the number of compliments Chris and Rachel were given on the day, by very respected dog fancy people such as Peter Green and Wendell Sammet.

Seela was awarded Best Puppy in Specialty and reserve Winners Bitch both days. 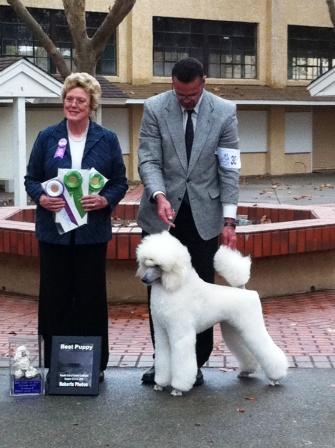 Baby Seela made Scott and I so proud of her when she went into the show ring October 22-24th, 2010. One would never have known that she had only been in the ring once before and that was when she was 6 months old. She showed herself like a seasoned pro. She was awarded Best Puppy In Show both days of the Poodle Club of Central California Specialties along with going Reserve Winners Bitch to two 5 pt majors. 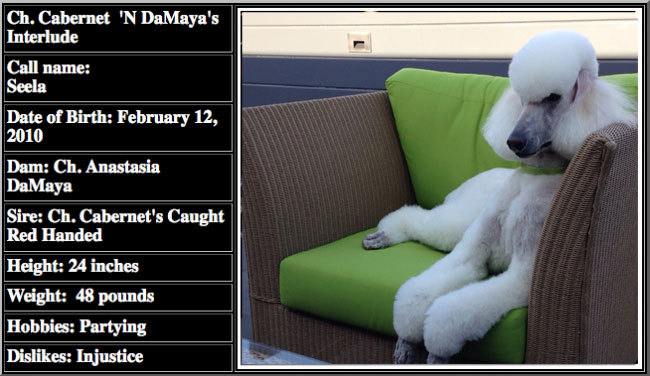