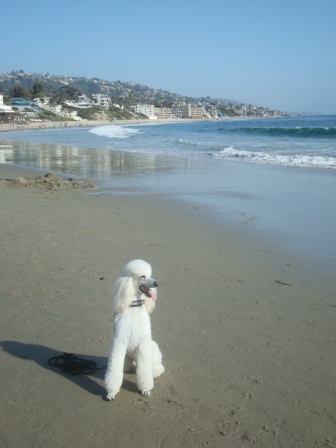 Kai was sent to Illinois to live with our friend, Diane Ryan and we co-own him with her. He got his first point just days after he turned six months old. Shortly after his brother Jude finished his championship with our handlers, Chris and Rachel, Kai made the trip to NC to start his show career there too. He was about 11 months old and he gained 14 of the 15 points he needed from the puppy class. With just a single point needed on his one year old birthday, Kai picked up that last point in his first show out in his new Continental trim.

Kai loved the snowy Illinois winters but has now moved with Diane and Mark back to California. He is enjoying his life there playing on the beach and chasing balls on the nearby soccer field. Kai loves toddlers and babies and is gentle with all that he meets. Diane hopes to get his Canine Good Citizen award and then train him as a “reading dog” or therapy dog.

Kai has always liked Diane’s Wire Fox Terriers but he is happy now to have his half sister Tabu now living with him. They engage in typical “Poodle Play” and they both love it! 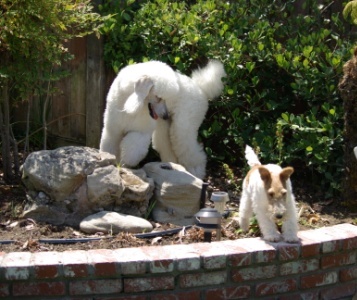 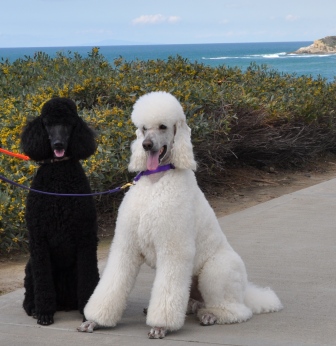 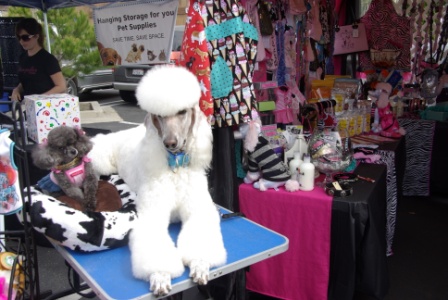 Over 1000 dogs and their owners walked to earn money to benefit the Dana Point Shelter in April, 2010. Kai didn’t walk but had a job in the booth area to “meet and greet” the visitors and participants. He was really a trooper, staying on his table for five hours while children and adults alike ran their hands through his beautiful coat. He always seemed to be especially gentle with the very old and very young.

Kai had never met a Toy Poodle, but he fell in love with little 16 year old Zoe, who was also there. We hope you enjoy seeing Kai and his new friend in this PhotoShow. 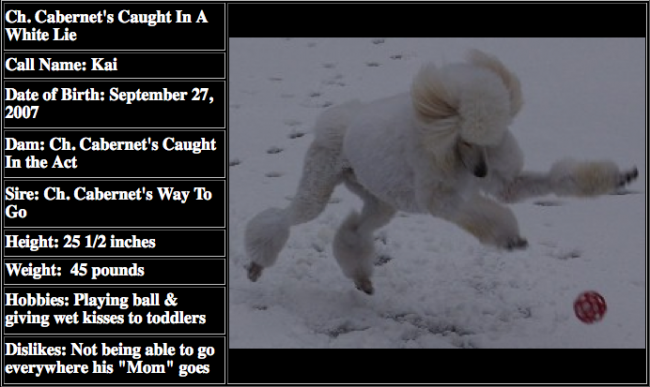