Jude’s litter was born September 27, 2007. At eight weeks of age we realized that we had a very special breeding with depth of quality throughout it. We found it a challenge to sort through them as to which would go to companion homes and to show homes. Right up through Christmas Day we were still trying to finalize our decision.

All the babies went to more than just special homes but three ended up as show prospects. Jude is the boy we kept to have fun with. He had a wonderful show dog attitude and as a four month old, he won a Group 2 at a very large Puppy Match! Mid-summer, 2008, Jude was sent to North Carolina to be shown by our handlers, Chris and Rachel. In just a handful of shows, he finished his championship and was a Best Puppy in Show! Jude finished his show career at the 2009 Eukanuba National Dog Show with an award of excellence. 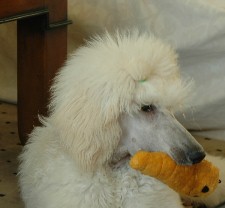 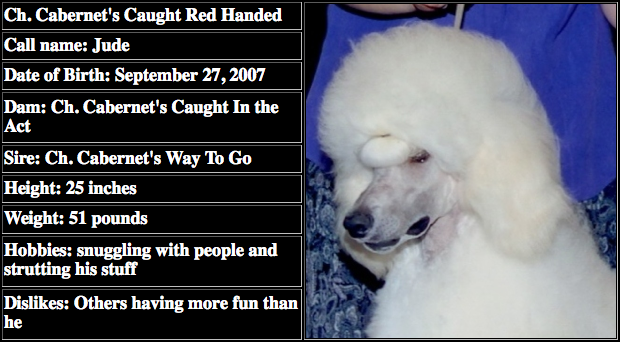