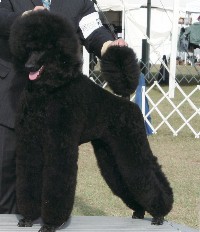 Dita was a standout right at birth and it wasn’t just because she was the only black baby in her litter. She just made herself known and has continued to do so. She’s a “Here I am!,” kind of girl. She matured slower than her white sister so her start in the show ring was used for her to gain ring etiquette instead of being competitive. Then suddenly, one day she decided that she wanted to be a show girl. She was not going to be out done by her white sister, Willa, who was a puppy champion. Dita went into the ring with Chris and Rachel for one week on the Florida circuit picking up a 4 point major and three 5 point majors. She returned home an 11 month old puppy champion in record time for Cabernet. Dita’s mother obtained her championship at 11 months of age. Her father, Turbo, was Winners Dog at the Poodle Club of America Nationals 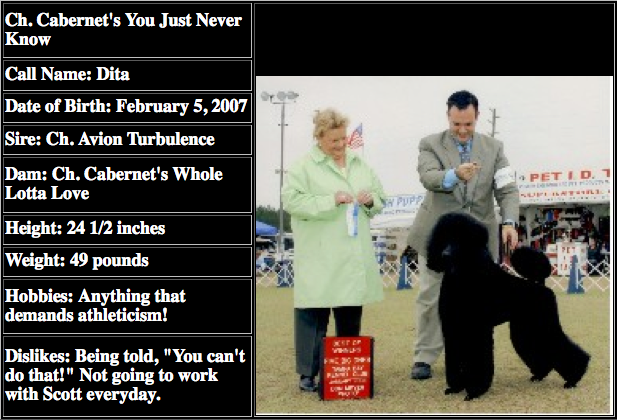